Mesa is the main private aircraft maintenance provider in Portugal, where the customer always comes first.

Mesa has a flexible organization, technical staff duly trained and works 24/24, 7 days a week, 365 days a year, wherever you need, with Quality and Safety as permanent objectives.

The Part 145 Mesa Organization establishes safety as the first and permanent objective, and pays relevant attention to the principles of the Human Factors, inviting all employees to report mistakes and incidents. To strictly comply with the established and approved procedures, quality standards, safety standards and regulations is a duty of all employees.

The procedures in place at Mesa are in accordance with the best industry practices. It is the responsibility of all employees to report any discrepancies thru the internal reporting system. The maintenance organization system is permanently subject to audits, evaluations and revisions conducted by internal and external auditors.

The EASA regulations for the Environmental Protection are strictly followed and audited by both the Airport Authorities and Aviation Authorities.

Mesa is an EASA Part-145 Maintenance Organization, approved under Portuguese Authority (ANAC) with the Certificate PT.145.020 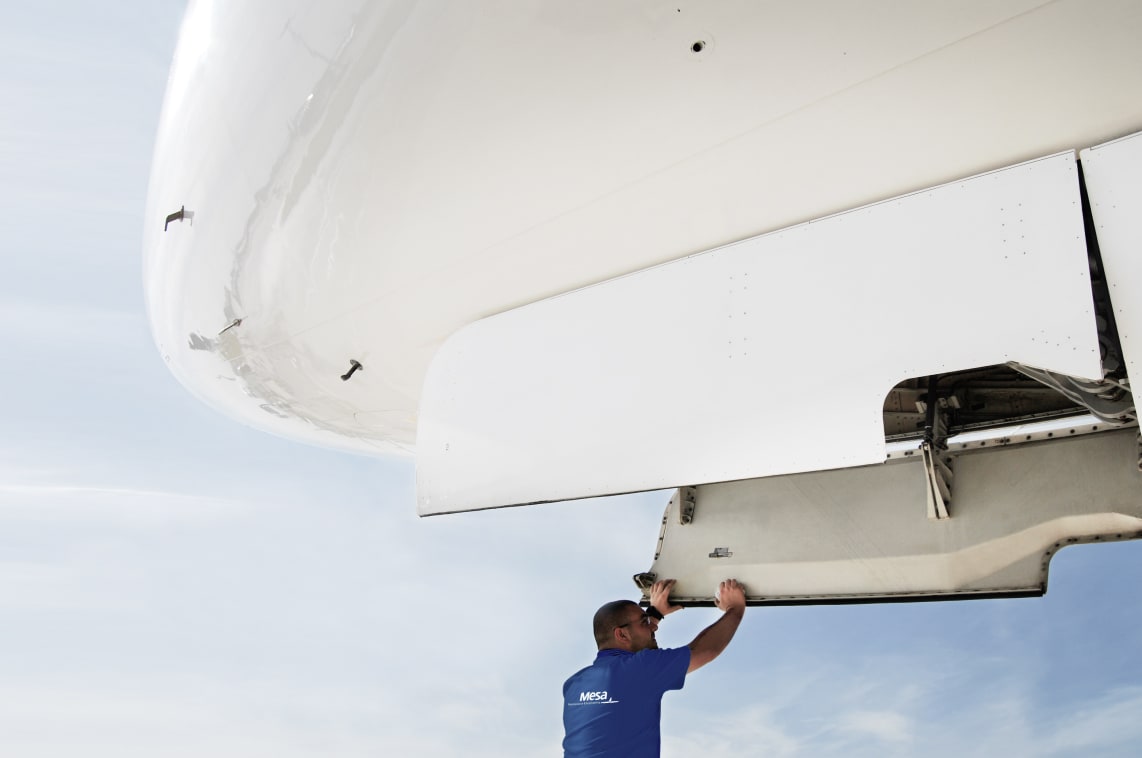 The Company also has several Maintenance Stations around the world, all aimed to temporarily support the Customer’s need for Line Maintenance Services at a specific place.

The value of our company is embodied in the quality, dedication and professionalism of our staff.

MESA, aircraft line maintenance provider based in Portugal is looking for highly motivated candidates to join a dynamic team in an ever challenging and demanding environment.

Check our open career opportunities on the list bellow and submit your application.